We’re already halfway through what is on track to be a very good year for real estate in the Mexico Beach, Port St. Joe, and Cape San Blas real estate markets.  In the first 6 months of 2018, there were 393 properties sold with a total sales volume of $104,256,450.  The average property was on the market 116 days before selling and sold for 95% of the asking price.  We aren’t seeing any out of line sales, but a very consistent and solid market.  2018 is on pace to slightly have the most sales of any year since the 2004-2005 boom days.  The dollar volume will also be the highest since the boom with the highest average sales prices since the subsequent recession that saw prices finally start back up around 2011.  98 Real Estate is now 18 agents strong and continues to dominate the Mexico Beach to WindMark Market while also being one of the top real estate brokerages in Port St. Joe , Cape San Blas, and North Gulf County.  We have continued to produce for our customers and have sold 130 properties totaling $30,867,565 in MLS sales production.  We are on schedule for our best year in company history.

Properties Sold
192 – Mexico Beach / St Joe Beach / WindMark Beach
87 – Port St Joe area
114 – Cape San Blas / Indian Pass area
93 Properties currently under contract
Homes on the Market
119 – Mexico Beach / St Joe Beach / WindMark Beach area
46 – Port St Joe area
84 – Cape San Blas / Indian Pass area
Lots on the Market
112 – Mexico Beach / St Joe Beach / WindMark Beach area
99 – Port St Joe area
209 – Cape San Blas / Indian Pass area
There’s no doubt the overall economy is doing well with more and more people liking this area.  This has been a strong trend for the last 5 years, and many sellers have been able to successfully sell this year.  There are also many sellers that also haven’t been able to sell.  While the market has seen some steady appreciation, many sellers have priced their properties substantially over recent selling prices and aren’t having much luck.  Other than a few beachfront/canal front properties, we haven’t seen buyers willing to pay much more than recent sales/appraised values.  It’s a good market, but not a name your price market for 99% of properties.  There are some segments of the market that are holding steady but aren’t seeing the price increases many sellers desire.   An average 3 bedroom gulf view condo in Mexico Beach is a good example.  These were $500K plus in 2005, sold for around $200K in 2011-2013 and have gone up to $280-$300K.  Most of them have been selling for about the same price since early in 2017.  (The Tranquil Harbor foreclosures sold last year are the big exception and were probably undersold. The 3 resales in 2018 have sold for approximately $50K more than last year.) The number of properties on the market has increased about 20% from the beginning of the year.  This is largely due to many sellers deciding to give selling a try at these higher prices that haven’t been achieved yet and are leading to more and more properties on the market.
I wanted to share a few more points and local headlines that are helping to drive the real estate market.
The Gulf County Property Appraiser turned in preliminary tax rolls for 2018 last week and his figures show values up 8.4% for fiscal year and a 5th year in a row of value increases.  Here’s the Article “Property Values Continue Growth Spurt“
Rental income from vacation rentals is continuing to go up as more and more people rent vacation properties in the area.  We are also seeing lots of people from areas further away than the traditional Georgia and Alabama markets.  Here’s a recent article titled “Bed Tax Revenues Spike in May“.
I’ve had the largest private tract of land inside the traditional Mexico Beach city limits listed for a few years.  This beautiful 87 acre tract is now under contract with a group of developers.  This is one of the last undeveloped pieces of land around and it’s future use will have an impact on the future of the area hopefully fill some housing and commercial needs for the area.
Beach Renourishment – North Cape San Blas –  This project has hit many funding and budget obstacles, but looks set to start August 1, 2018.
Brothers Osbourne – Besides the award winning group naming their new Album Port St. Joe, the Nashville artist continue to help promote the area.  They recently filmed a national Dodge Ram Commercial that debuted during the CMA Awards on the beaches of Cape San Blas and at The Port Theatre, which they helped renovate.
DR Horton – It looks like Horton will have no problem building and selling homes on the 64 lots they bought from St. Joe in WindMark.  We can help you with these if you’re interested.  Here’s the 16 that have sold this year or are under contract and the one available home (They do have others under construction set to hit the market in the future).
Eastern Shipbuilding held a groundbreaking ceremony at the old mill site in Port St. Joe on June 4th.   This isn’t the groundbreaking for the big potential Coast Guard project, but is a good first step.  Here’s a news video from the ceremony. 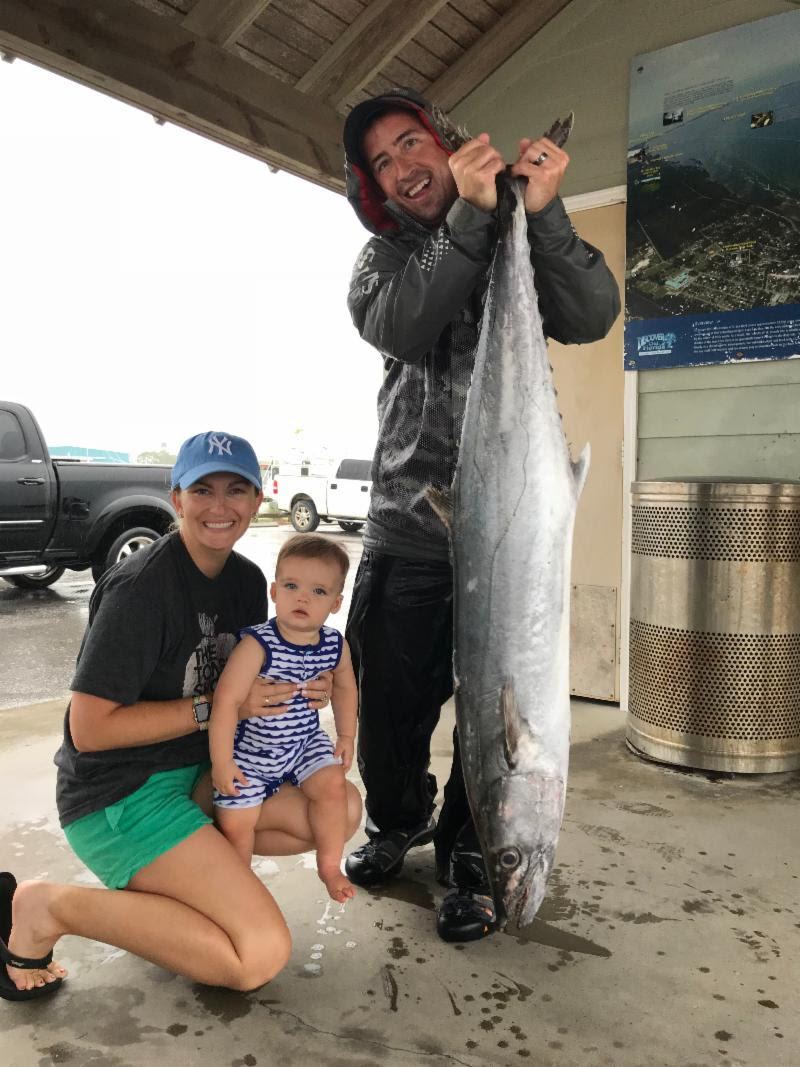 The fishing is great in this area and remains one of the large attractions for many buyers.  I hear all the time that “my wife loves the beach and I love to fish, so we chose Mexico Beach or Port St. Joe.”  While I don’t get time to fish much these days, the fishing was a big part of why I moved here 15 years ago and I enjoy promoting the fishing and diving in the area.  Myself and a few friends put on the annual Mexico Beach GollyWhopper.  We’ve become the 2nd largest tournament in the area and had 64 boats enter our event last month. The seas were extremely rough this year, but here’s a link to see the pictures from the weigh-in including some very large fish.  The biggest tournament in the area is  MBARA kingfish tournament, which my dad is the director for each year.  It’s being held on August 25th.
For those of you that like to inshore fish, the Bayou Bash is being held this Saturday.  For those that like to go offshore and troll, The Mexico Beach Offshore Classic is July 27th and 28th. I did get to go fishing July 1st and caught this nice king.  Hudson turned 1 that week and he and Michelle are doing great.
Remember the upcoming scallop season for Port St Joe Bay is starting later than usual in 2018 and will be from August 17 – September 30.

Check out my favorite housing deals for the Mexico Beach to WindMark market on my Top 25.

I hope you all continue to enjoy a great summer.
Cheers,
Zach Childs