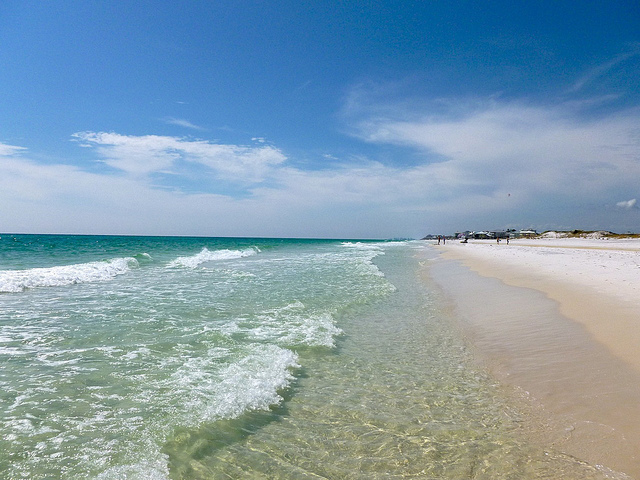 It’s hard to believe, but we are over half way through 2015. It’s been a very good first 6 months for coastal real estate. 2015 is easily on track to have the most sales of any year since 2005. There has been an increase in sales in each of the last 4 years with 2014 having the most sales of any year since 2005. Through the first 6 months of 2014, there were 303 sales.  There have already been 388 for the first half of this year. Homes are seeing larger price increases than vacant lots, while both are selling at the highest rate since 2005. You can see in the chart below that all of our markets fell sharply from 2005, and then bottomed out between 2010 and 2012. Most of the buyers this year feel they are purchasing well under top of the market prices and that there is still plenty of room for the market to rise.

Vacant lots, on average, are not seeing as large of gains as homes.  However, some areas are seeing nice gains, especially those areas where construction is most active.  The average selling price for a lot in Port St. Joe is currently $30,777, it’s $71,768 in Mexico Beach/St Joe Beach/WindMark, and $124,086 on Cape San Blas/Indian Pass. I’d have to say the North Cape is still the hottest market, followed by Mexico Beach.  Port St. Joe is also starting to see a nice recovery on vacant land as well as home prices.  Building remains red hot near the beaches.  Builders are extremely busy and there are 63 homes under construction in Gulf County, 7 in PSJ, and 23 in Mexico Beach.

We started the year with about 590 properties on the market and had dropped to 560 when I sent out an update in April. It’s crept back up to 590 with a number of sellers starting to “test” the market at higher prices.  The buying hasn’t slowed down and there are 95 properties currently under contract. There aren’t many desperate sellers these days, but we are still seeing some foreclosures.  Here are the 6 homes and 15 lots currently on the market as foreclosures. The majority of the foreclosures listed are selling for pretty much the same prices as everything else.   Some even go for higher prices because of the word “foreclosure” attracting extra buyers that convince themselves it must be a great deal just because it’s a foreclosure

I’ve only been able to go fishing twice this Summer, but was also able to help out again with the Golly Whopper Classic. This was our 4th year putting on the tournament and I’ve enjoyed watching it grow. We had over 88 participants this year and paid out $11,085 in prize money. I hope those of you that fish will plan to come next year. It will again be the first Saturday of Federal Red Snapper Season. Bonita Thompson that works with us was part of the team that won the Red Snapper Division and is pictured below. Here’s a link to more information about the tournament from The Star.

It would be fun if 98 Real Estate Group was the top producing company in the world, but I can at least say we are the top producing company in Mexico Beach/St. Joe/WindMark for 2015. We are also selling a number of properties in Port St. Joe and on Cape San Blas.  I appreciate everyone that works with our wonderful team that has now grown to 12 Realtors.  Our company production just passed $98,000,000 since opening in 2011.

The 4th of July was great once again and I hope you have been able to enjoy our wonderful area.